The Unique Advantages of Skit.ai, a Speech-first Voice AI Platform 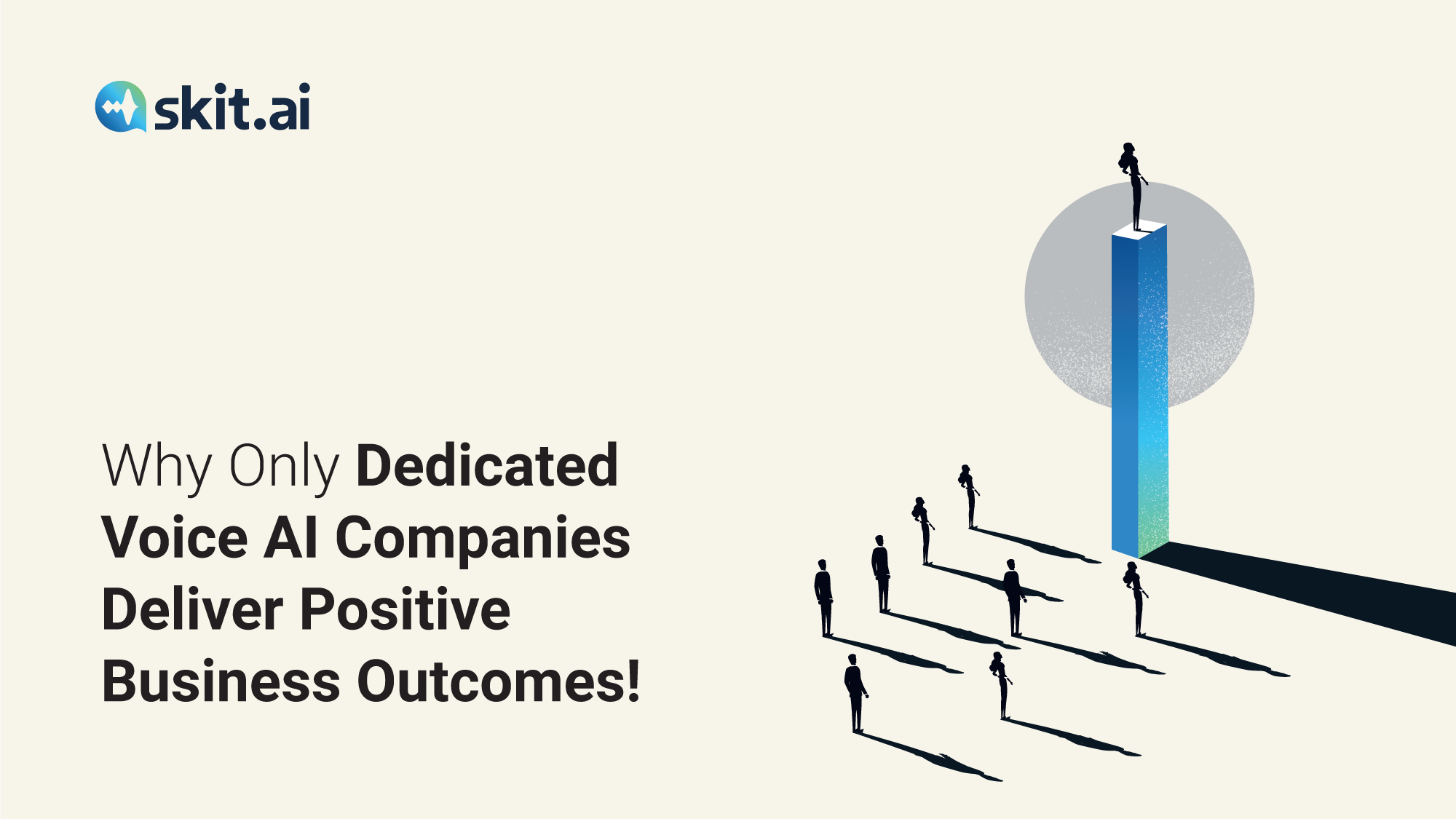 Scores of companies offer voice assistants and Voice Intelligence solutions that can baffle even a well-informed CXO. Our goal is to enlighten you about various voice-tech solutions available in the market and their inherent differences to pick the most suitable option for your organization.

If you are flirting with the idea of automating your contact center’s support function using AI-powered Voice Assistants, or have made a decision, the market is aflush with options for vendors claiming to offer the state-of-the-art solution. Understandably, it could be confusing as Voice AI is a relatively new technology. This gives an upper hand to vendors and their inflated promises. It is best to start with due diligence and know that unawareness could lead to false expectations and choosing the wrong metrics.

In this blog, we will help you understand how to pick the right Voice AI vendor, separating the wheat from the chaff. But first, let’s understand the mechanics of a voicebot, and what makes voice conversations challenging.

The Technology and Mechanisms of a Typical Voicebot

A Digital Voice Agent (Skit.ai’s core product) is a Voice AI-powered machine capable of conversing with consumers within a specific context in place. The graphical illustration below is a simplistic view of the various parts that work together, in synchronicity, for the smooth functioning of the voicebot, in this instance Skit.ai’s Digital Voice Agent.

If you need a more exhaustive explanation of the functioning of a voicebot, please read this article for further understanding.

Telephony: This is the primary carrier of the Digital Voice Agent. Whenever a customer calls up a business, it is through telephony that the call reaches the Voice Agent (either deployed over the cloud or on-premise). There are various types of telephony providers; Skit.ai also provides an advanced cloud-telephony service, enabling even faster deployment times and flawless integration.

Typically a conversation with a voicebot involves the seamless flow of information, here is how it happens:

The spoken word is transmitted through the telephony and reaches the first part of a voicebot, i.e. the Dialogue Manager, which orchestrates the flow of information in a voicebot. It also captures and maintains a lot of other information for example – it keeps a track of state, user signals (gender, etc.), environmental cues (like noise), and more.

The Dialogue Manager directs the voice to the Automatic Speech Recognition (ASR) or Text to Speech (TTS) engine where the speech is converted into text or the voicebot will speak to the request information if needed.

SLU: The text transcripts are then forwarded from ASR to the Spoken Language Understanding (SLU) engine, the brain of the voicebot, where:

A good voicebot utilizes all the best ASR hypotheses (about the actual intent/meaning of the spoken sentence) to improve the performance of downstream SLU.

TTS: Again the Dialogue Manager comes into play and according to the conversation fetches the right response for the customer. Text-to-speech (TTS) takes command from the Dialogue manager to convert the text into the audio file that will eventually be played for the caller to listen to.

We now have an understanding of how a state-of-the-art voicebot works. But coming back to the questions on the significance of selecting the right vendor – we have to understand the nuances of voice – what makes it so challenging, and more complex than chat or any other conversational or contact center solution; and beyond the scope of chat-first vendors.

Unlike a chatbot, a voicebot has to face interference from environmental activities and has to overcome them to deliver quality conversations.

In order for the SLU to identify intent and entities precisely, ASR should be able to differentiate the speaker’s voice from background noise and transcribe accurately. On the other hand, chatbots get clean textual data to work on and do not face this issue.

Language Mixing and Switching: The speaker may decide to switch between languages or even mix them. For the voicebot, it creates difficulty in comprehending the message and in language selection while replying. Chatbot, on the other hand, gets clean text data so it does not deal with the vagaries of spoken communication, as people are more thoughtful while writing.

Lack of Interface & Fallback: Typically in a chat window, when the chatbot does not understand an answer, it gives other options to the person. In a voicebot, there is no option to fall back, hence it makes the voice difficult to perfect.

Unique Paralanguage: The message encoded in speech can be truly understood by analyzing both linguistic and paralinguistic elements. More than the words, the unique combination of prosody, pitch, volume, and intonation of a person helps in decoding the real message.

Calling is usually either the last resort or the preferred modality for urgent matters, so expectations are sky high. Hence for preserving or augmenting the brand equity, customer support must work like a charm. Else it will have a lasting negative impression on the brand. On the contrary, if you reply to a chat after 30 seconds, it won’t hamper the conversational experience whereas the voice conversation is in real-time. Skit.ai’s Digital Voice Agent responds within a second, but, unlike chat, it can not wait for the customer for half an hour.

Too Many Moving Parts: A system is as good as its weakest link. Dependence on external party solutions makes management more challenging and limits the control a vendor has over voicebot performance. For instance, ASR, TTS, SLU, etc., which are advanced technologies in themselves, require a dedicated team responsible for the proper functioning.

Continuous Learning and Training: Conversational AI is not a magic pill that you take once, and you are done. Over time, changes in your customer behavior would necessitate optimization of your product mix and thus you need a dedicated team and bandwidth to keep it improving with time. Constant efforts have two consequences – one is the focus on upgrades and the other is the learning curve advantages that come with time.

Types of Vendors in the Voice AI Space

Telephony and CRM Vendors Trying to Enter the Voice Space

Telephony and CRM vendors usually have IVR as one of their offerings. This enables synergy in their sales operations and utilizes their existing customer base to cross-sell the voice AI solution. To make this possible they collaborate with small vendors or white-label the solution along with utilizing the existing open-source tech (e.g. Google, Azure, Amazon, etc.) designed for simplistic horizontal problems in single-turn conversations, rather than complex ones.

Problems and challenges while engaging with such vendors:

Chat-first Companies Trying to Get into Voice AI

The chatbot does not require ASR and TTS blocks as chatbots get the input in textual format and responses are also in text format. So they just need the NLU block.

These chat-first companies try to utilize their existing chat-first platform’s NLU by utilizing the third-party ASR and TTS engines.

Here a chat-first voicebot will use a third-party ASR and TTS, that will give its chatbot the ability to speak and understand the spoken word. But since it is based on NLU, it will not be able to capture the essence and nuances of the speech we discussed earlier.

SLU Vs. NLU: Without SLU, NLU might treat the ASR transcriptions without considering the speech imperfections we discussed earlier. For example, in the case of debt collection, if someone says, “I can pay only six-to-seven hundred this month, not more”. We need to understand the context and underlying meaning that the user wants to pay anywhere between $600 and $700 and not $62700. Such nuances can only be addressed by SLU, and hence its indispensable significance.

Oftentimes transcripts from ASR are corrupted due to noise, differences in accents, etc. NLU systems are trained on the perfect text and often cannot deal with the imperfections present in ASR transcripts. In a voice-first stack, ASR imperfections are taken into account while designing the SLU.

Challenges while engaging with such vendors:

How to spot such vendors: It is difficult for companies to decide which is a voice-first company and which is chat-first, so here are a few tips to separate the wheat from the chaff:

One important thing that is evidently clear at this point is that voice conversations are more challenging than they seem, there is so much more than meets the eye. We

For further discussion and information on Voice AI solutions and implementations, feel free to book an appointment with one of our experts using the chat tool below. 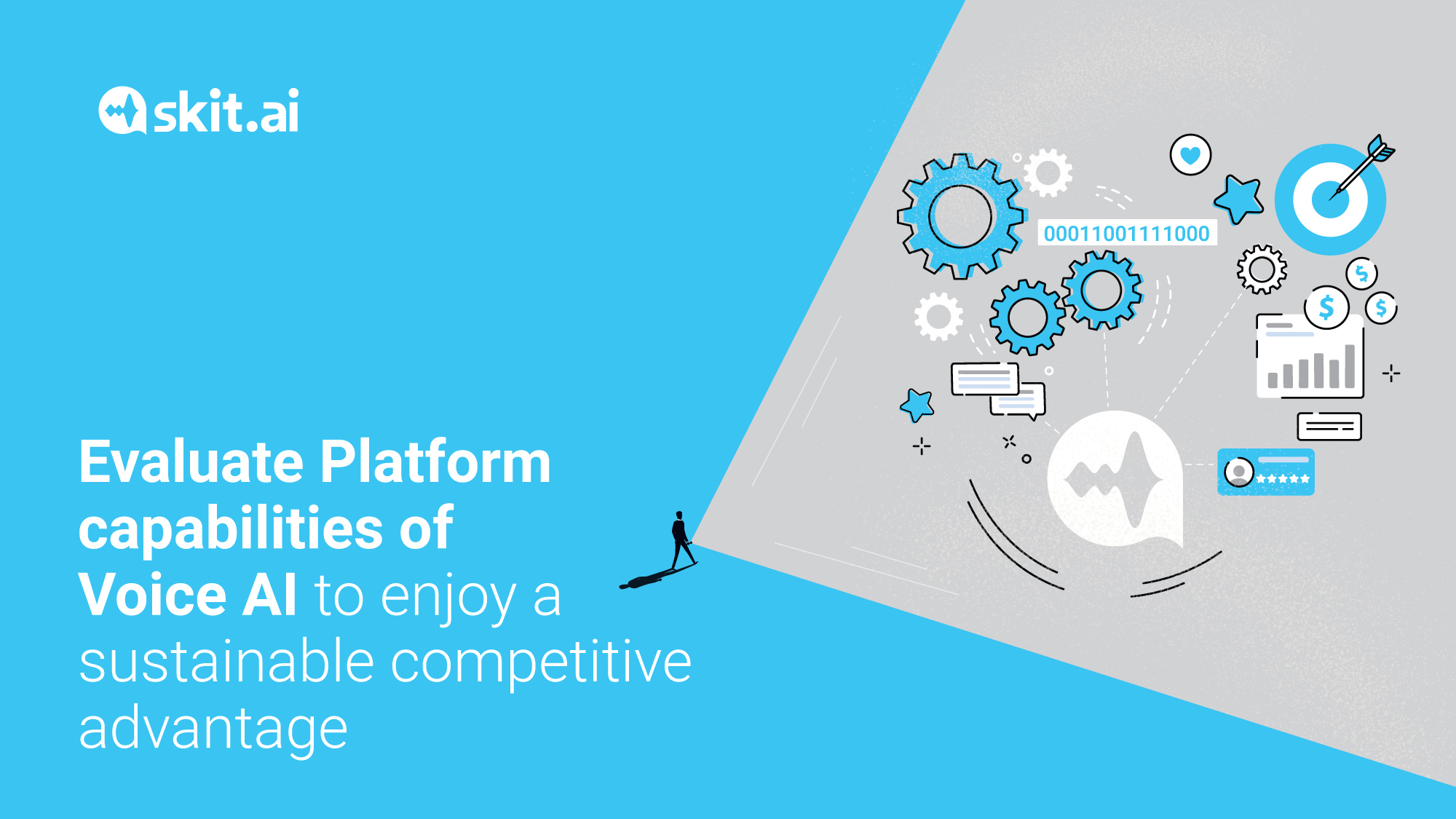 Understanding the Significance of ‘Platform’ in a Voice AI Solution

We are at the initial stages of Voice AI’s evolution, in an epoch where well-functioning vertical Voice AI solutions will be instrumental in helping companies transform customer support and gain customer loyalty. But to a significant faction of CXOs, the understanding of Voice AI technology, its capabilities, and nuances remain obscure. Our earlier articles have […] 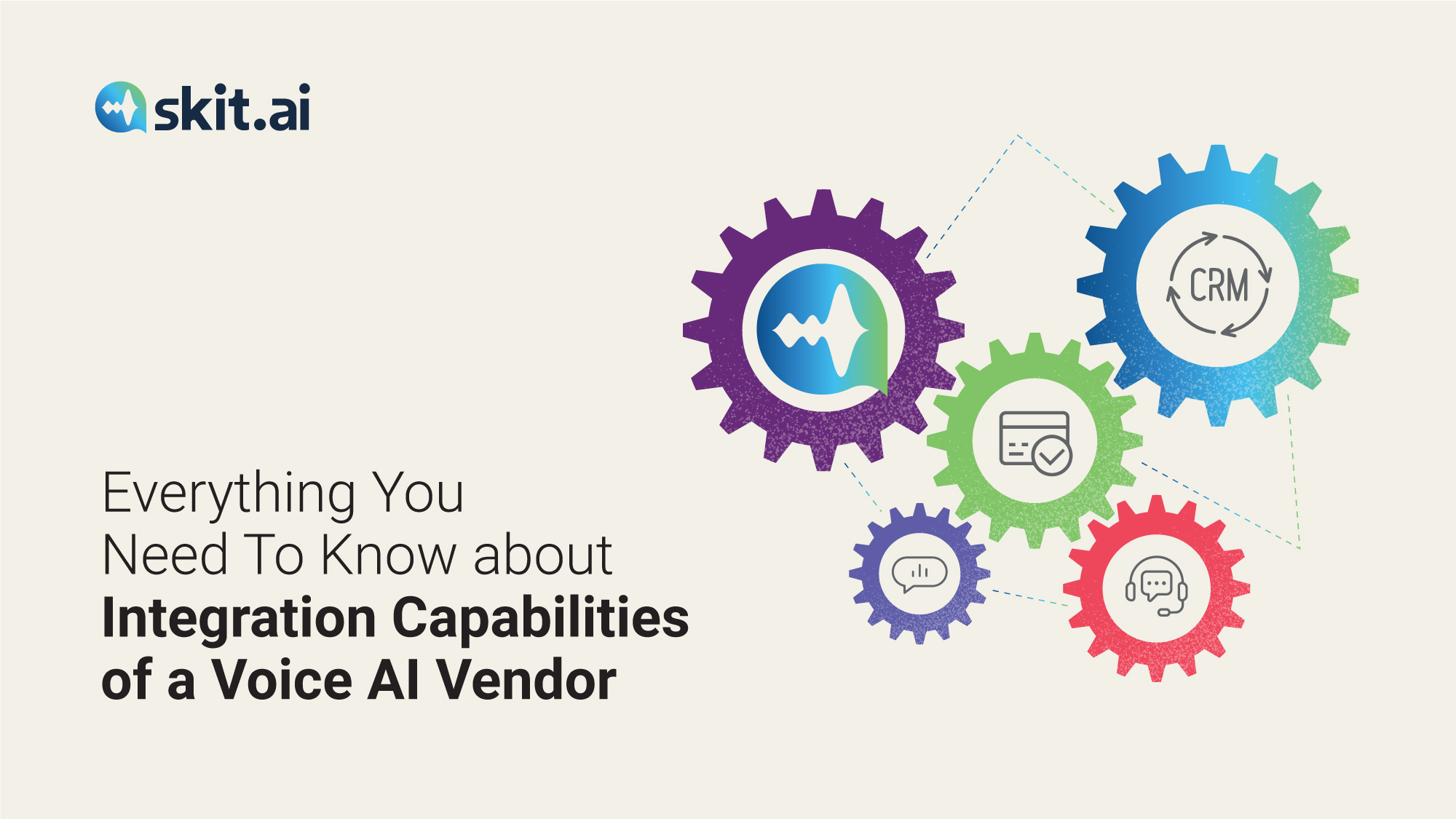 What Are the Most Important Integrations for a Voice AI Platform?

You are ready to adopt a Voice AI solution for your contact center, or you are in the process of adopting one — congratulations! Now is the time to think about integrations. In this article, we’ll discuss the benefits of integrating your Voice AI platform with various tools and applications, and we’ll offer some guidance […]